Our society is flooded with all forms of bizarre sexual practices, diabolic and demonic-driven practices that are perverse in nature. We live in a sexually saturated society, where sex is the thing of the day and promoted on all social media platforms. We have misused the gift of sex. Men have crafted all forms of bizarre practices to try to satisfy their insatiable lusts. What is the Bible’s opinion on sexual perversion practices in society today?

The creator’s purpose for sex was;

The misused concept of sexual pleasures through sexual perversion.

Our society has taken it even further, by endorsing some Canaanite practices in the system. People have tried to find pleasure in all kinds of sexual perversion to stimulate their bodies. In the process of trying to find pleasure, we have turned to pornography as a means to achieve that goal.

We don’t become perverse in a day; it is as a result of progressive exposure to decayed morals. These practices are more addictive than any hard drug. Surprisingly, the government does nothing about it.

According to the Ten-point plan of the new world order Alice Bailey adopted by the united nations, she urges them to destroy the Judeo-Christian or traditional family structure by promoting sexual promiscuity. This is what she said;

Promote sexual promiscuity – free young people to the concept of premarital sex, let them have free sex, lift it so high that the joy of enjoying it (sex) is the highest joy in life, fantasize it, that everybody will feel proud to be seen to be sexually active, even those outside of marriage.

Have they succeeded? Have they done it? If you want to see whether they have succeeded or not, go to the advertising industry, it does everything to catch your attention and today almost no advert comes out without a sexual connotation. Even when they advertise ice cream, they must show you a thigh of a woman and a bikini, they must do something to set off a trail of thoughts. They will show you more thighs than ice cream. Why? Because that is what must be in the minds of the people.

NOTE: The advertising industry is a multi-billion-dollar machine that shapes and controls ideas and culture with its propaganda from the NOW (New World Order).

They practiced homosexuality and lesbianism. [Gen 13:13, 19:1-11]. They were perverted to the extent that they wanted to lay down with angels. To practice homosexuality with them.

Lot tried to offer his virgin daughters to them but these men did not have an inclination for women. Their minds were futile and their hearts were blinded by sin.

In Judges 19:22-30, a story is told of a Levite who was traveling from Ephraim heading to the temple in Judah. Due to some inconveniences, the day drew toward evening. He, his concubine, and his servant lodged in Gibeah where an old man brought them into his house. However, the same night as they were enjoying themselves certain wicked men of the city showed up and demanded that the man be brought to them so that they may know him.

These men of Gibeah were offered by the older man his daughters and the concubine but insisted that the man should be bought to them so that they may know him.

Verse 25 shows how greedy and perverse these men were. They grabbed the visitor’s concubine and knew her until dawn. They raped her until she was no more.

This society practiced the most abominable acts of sexual perversion. Where one would lay with his mother, father aunt, uncle, and siblings. This was not a big deal to them, rather it was pleasurable and acceptable.

Our current society is ending up in the same trap. In the name of democracy, politicians are passing perverse laws that promote sexual promiscuity and every kind of evil. The battle is against the truth, the word of God. Practices such as homosexuality, lesbianism, and bestiality are highly acceptable and welcomed in developed countries. Talk of the LGBTQ movement.

These societies make these things human rights and they stand against anyone who judges or “violet them.” This is done by pronouncing these practices are politically right. Where were these politicians when God created the world and formed man from the dust of the earth, that they should oppose His laws?

I am sure you have heard of the gay community commonly known as the LGBTQ. This is a politically acceptable concept, but the question is, do these practices honor God and His design for sex? Is it true that these bizarre practices offer high sexual stimulation and satisfaction? And if true, is it long-lasting or for a season, before those involved realize how vanity the practices are and how empty and boring, they can really be?

The main target of such practices is children and youths who are recruited without their knowledge. This is made possible through the media. Pornography has been incorporated into cartoons and defiles the minds of children. This creates the wrong concept of love and sex in the children’s minds which will haunt them for the rest of their lives.

The reason the devil is trapping so many people into the practice is to defile their minds and especially their bodies. This is because a mind that is set on the flesh can never submit to God. [Romans 8:5-8]. That is why the enemy is so zealous to trap even more people into the practices. Another reason is that sexual immorality is a sin committed against one’s own body, making it unfit for the Holy Spirit to dwell therein. [1 Corinthians 6:18].

The origin of Canaanites’ sin.

After the flood, Noah planted a vineyard and made wine. One day he drank and stripped himself naked and then laid down. His last-born son Ham saw him naked and went and told his brothers about the same. The two wise brothers covered their father’s nakedness. [ Genesis 9:20-25].

When Noah cursed his son, he cursed the fruit of his manhood, that is his children Canaan, from whom the entire nation of Canaan originated. So Cannan was a cursed nation because their father uncovered his father’s nakedness. This society involved itself in all sorts of pervasion for 400 years defiling the land, until the land itself vomited them out.

God gave Moses these laws (Leviticus 18) about human relations and marriage to warn his people Israel, lest they be ensnared to these wicked sexual practices, and sin against God.
God warned his people from practices such as burning their children as offerings to Molech, the Canaanite god of fertility.

In our current dispensation, thousands of children are stilled offered to Molech through abortions. Abortion is a result of sexual perversion. Where people engage in sex outside the marital bed and once pregnant, they chose to have no responsibility for their children. As a result, they see abortion as an alternative means to do away with their shame.

Leviticus 18:22-23 is clear that this society, the Canaanite community practiced homosexuality, lesbianism, and even bestiality and they celebrated such practices. The same things are evident in our society today.

Again, according to the Ten-point plan of the new world order Alice Bailey adopted by the united nations, she urges them that if sex is free, then make abortion legal and make it easy. This was the full plan;

She said: “Build clinics for abortion – Health clinics in schools. If people are going to enjoy the joy of sexual relationships, they need to be free of unnecessary fears, in other words, they should not be hampered with unwanted pregnancies.” ‘Abortion, as told by Christians, is oppressive and denies our rights, we have a right to choose whether we want to have a child or not. If a woman does not want the pregnancy, she should have the freedom to get rid of that pregnancy painless and as easy as possible’.

NOTE: Today abortion is not only accessible but many times it may be forced. It is a strategy to curb population control together with the use of condoms and ‘pill’. (Eugenics)

In the 6th commandment, she urged them to make homosexuality an alternative lifestyle. This is what she had to say;

Alice Bailey preached that sexual enjoyment is the highest pleasure in humanity, no one must be denied and no one must be restricted on how to enjoy themselves. People should be allowed in whichever way they chose they want, whether it is homosexuality or incest or bestiality, as long as the two agree.

NOTE: Many nations around the world are passing laws that legalize homosexual and gay marriage. It is now classified as “hate speech” and becoming illegal for ministers of 501c3 organizations to mention homosexuality as an abomination in the eyes of God, or to read scriptures publicly that talk about homosexuality. Today the church is expected to marry gays/lesbians. According to the Bible, this is an abomination before the eyes of God. (Leviticus 18:22; 20:13)

About Alice A. Bailey. She was the High Priestess and prophetess of the New Age movement meaning she was a member of the Illuminati. She also founded the publishing company called Lucifer Trust and which was later changed to Lucis Trust. This world is ruled by evil forces that purpose to destroy Christianity and its rules. Let’s pray. 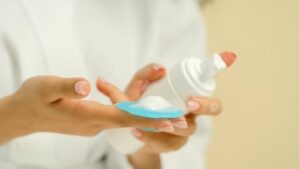 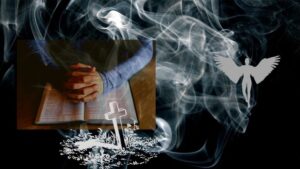 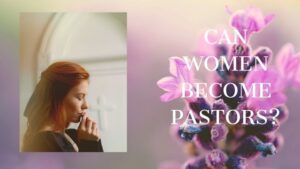 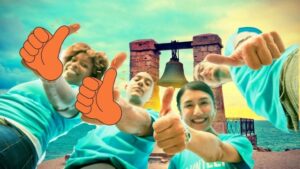 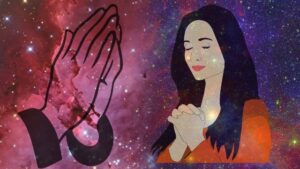 Our Loving Father and God, Has enriched us with every spiritual blessing we will ever desire through Christ Jesus our…