We have seen recent development in virtual reality, especially metaverse, which is a machine-aided virtual reality technology that offers its users control and power to recreate their own realities in the multi-universe. (more like Astro dimensions). The founders claim it is the virtualization of many universes, or let’s say a projection of fantasies in a virtual world. You can create your own reality, a custom reality.

The difference it has from modern virtual and augmented reality devices (such as virtual reality headsets), is the user’s ability to reconstruct their desires and fantasies in the metaverse. The metaverse is just an extension of these same technologies as they are also integrated into the metaverse, or will aid at achieving the virtual reality needed in the metaverse. How will this technology affect families, the concept of marriage and relationships, and individuals?

Related: How Instagram and TikTok are promoting pornography and nudity.

What is the metaverse?

‘Meta’ in Hebrew means ’dead’. Wait a minute! So, what does death has to do with this brilliant technology? Since the metaverse is aimed at bringing people’s fantasies to live in a virtual world, it then implies an end of reality or ‘the dead of reality’. In other words, reality will be a nonexistent concept in the future. Its users will also be ‘dead’ as they will lose touch with the real world and be obsessed with the fake new reality of virtualization.

The enemy is using this technology to steal our children’s attention and render the Bible obsolete. We have seen the devastating consequences of social media and video gaming. What difference does the metaverse have from these platforms? We need to wake up before it is too late.

There is always a hidden agenda behind every big technology, and I believe this is meant to control and program individuals without their knowledge.

How metaverse will be used to promote pornography.

Related: 8 Effects of pornography on the mind, body, and spirit.

With metaverse, you can do almost anything you can imagine.

The founder of meta, Mark Zuckerberg said, “with metaverse, you can do almost anything you can imagine.” The question is, what do you think the majority in our current dispensation imagine? And you know the answer already, it’s sex.

Our minds will be chemically altered by this new technology. As a consequence, people will be so much enslaved to the extent they will prefer the sinful virtual world over the real world.

How the metaverse will affect marriage and family life.

Marriage and relationships will not be as we know them today. Who will want to marry when they have the choice and ability to bring their fantasy woman to reality? Women in the real world have flaws, unlike sex dolls in the metaverse who are perfect, hence no one will desire real women anymore. As a result marriage and relationships will be an old concept, as you can spend your entire day with this perfect sex doll in the virtual world.

Think of it this way. A man will have the power to shape the boobs of a woman, her skin color, her facial appearance, her vagina shape and color, her size and height, enlarge her hips and ass. Tell me, why do you think this man will want to spend an hour with you an imperfect being when they have a goddess somewhere?

Related: How movies corrupt our concept of love.

Recent studies have shown the impact social media and video gaming have on its consumers. Facebook (meta) acknowledged that their social media platforms, especially Instagram were linked to a rise in mental health issues and suicide among teenage girls. The platforms are addictive as cocaine and pornography as they raise the dopamine levels of their users. That is why it is difficult to stop using these platforms. We have become the products and slaves to this system. We are trapped in a matrix.

The internet has always been a powerful force in children’s development. Today, the internet is not just a source of… 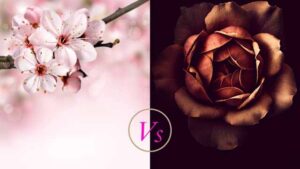 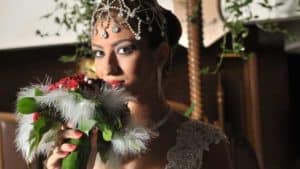 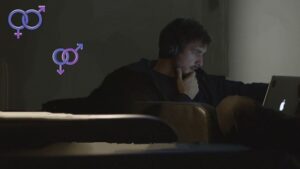 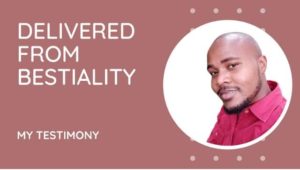 Today, by the grace of God I have decided to share my testimony publicly of how I was delivered from…